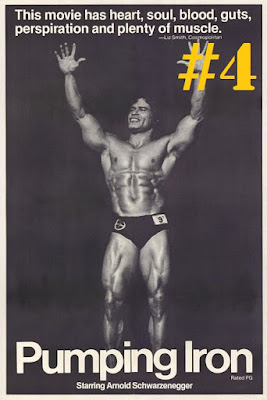 Drop the barbells and pour yourself a protein shake because this week hosts Cam Smith and Tony G are lifting weights with the big boys as they take in the 1977 breakout hit documentary Pumping Iron. An unlikely Hollywood launching pad for our beloved icon, the film depicts the various huge personalities swirling around the 1975 Mr. Olympia and Mr. Universe competitions. Offering an intriguing fly-on-the-wall glimpse into a very strange and fascinating subculture, the film has an undeniable legacy but is it still entertaining in 2018? Listen in as the intrepid Schwarzenegger aficionados break down this unique picture, as well as the many unforgettable moments that have made it such a prime candidate for YouTube compilations.

We'll be back next week with Predator!
Posted by Arniegeddon at 3:54 PM No comments: 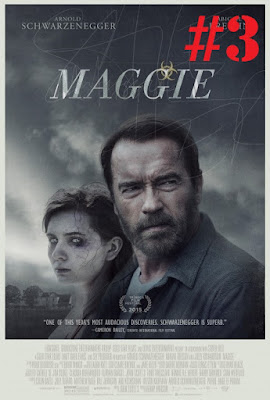 Unboard your windows and doors because this week  hosts Cam Smith and Tony G are wandering blindly into the Quarantine Zone with Arnie's 2015 indie film oddity Maggie. The haunting story of a small-town father watching his teenage daughter battle the ravages of a zombie virus, it's undeniably unlike any other entry in the Schwarzenegger canon. But is it any good? Find out as the intrepid duo weigh in on the big guy's surprisingly sensitive performance, as well as the movie's unsettling themes and haunting developments.

We'll be back in two weeks with 1977's PUMPING IRON!
Posted by Arniegeddon at 2:07 PM No comments: