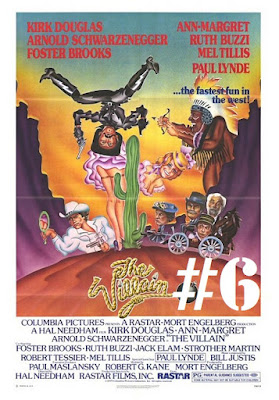 Load your seven-shooters and watch out for falling boulders because this week hosts Cam Smith and Tony G are gettin' wacky with Hal Needham's bizarre western ode to Looney Tunes, The Villain (aka Cactus Jack). Featuring Hollywood legend Kirk Douglas as a scheming rascal out to rob Arnie and Ann-Margret, this is one undeniably weird entry in the big guy's filmography. But is it worth watching? Saddle up and join the duo as they battle to make sense of 90 minutes worth of pratfalls, cornball jokes, winking attempts at sexiness and highly problematic Aboriginal representations.
DOWNLOAD HERE

We'll be back in two weeks with The Terminator!
Posted by Arniegeddon at 4:49 PM No comments: 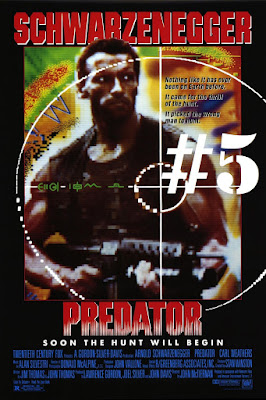 Switch on your camouflage tech and sharpen your twin blades because this week hosts Cam Smith and Tony G, along with special guest Mark Carter, are venturing into the cinematic jungle to take on John McTiernan's 1987 action classic Predator! One of most iconic titles in Arnie's canon, the picture pits an amazing catalogue of Hollywood tough guys against an iconic alien trophy hunter. But does this enduring favorite still wow? Join the podcast party as the trio weigh in on the most badass moments and performances, and debate whether any sequel could ever compete in the same arena.

We'll be back next week with The Villain/Cactus Jack!
Posted by Arniegeddon at 4:16 PM No comments: