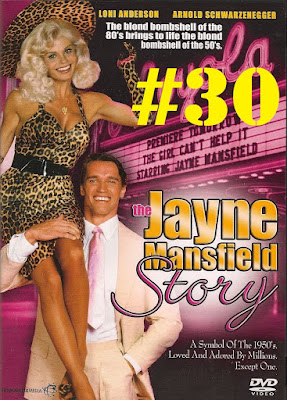 Bleach your hair and start living the Hollywood dream because hosts Cam Smith and Tony G are time-travelling back to the innocent year of 1980 when Arnie wasn't yet too big for quickie small screen biopics. Playing the frustrated husband of iconic 1950s sex symbol Jayne Mansfield, Schwarzenegger found one of his earliest dramatic showcases in this CBS production. But was it a good fit? And how successful were he and co-star Loni Anderson at channeling these legendary figures? Tune in and find out!

We'll be back in two weeks with Conan the Destroyer!

Posted by Arniegeddon at 3:31 PM No comments: 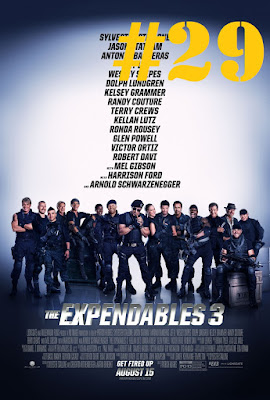 Throw on some elbow pads and whisper "jang-a-lang" because hosts Cam Smith and Tony G are finishing up their tour of duty with Sly and the gang with the third Expendables extravaganza! Now featuring action legends Wesley Snipes, Harrison Ford, Mel Gibson, Antonio Banderas and Kelsey Grammer, this 2014 installment tried to expand beyond the series' core audience to dwindling box office results. But did it get a fair reception? Was there still plenty more gas left in the heavily-armored truck's tank? Roll out with the podcasting duo as they give the crew's last mission a full debriefing.

We'll be back in two weeks with The Jayne Mansfield Story!
Posted by Arniegeddon at 2:09 PM 20 comments: