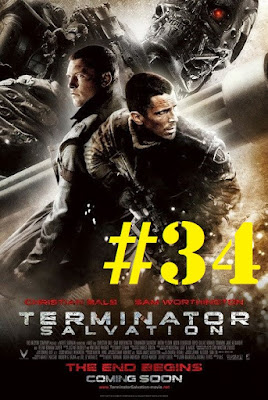 Smear some dirt on your face and start dodging attack drones because this week hosts Cam Smith and Tony G are leaping back to the future in order to take on McG's polarizing 2009 franchise reboot Terminator Salvation. Poorly reviewed at the time, this box-office underperformer has since been cast aside in favor of further series reinventions. But is that fair? Is this perhaps a more interesting film than fans acknowledge? Plug in and find out where the podcasting duo stand!

We'll be back in two weeks with Kindergarten Cop!
Posted by Arniegeddon at 12:24 AM