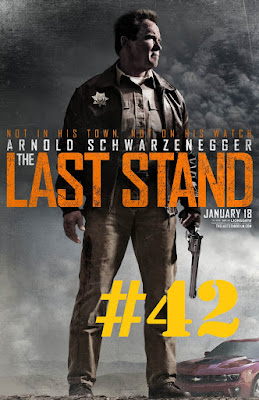 Polish your sheriff's badge and drive through a cornfield because hosts Cam Smith and Tony G are watching Arnie take down a fast and furious foe in 2013's The Last Stand! The big guy's first starring vehicle post-politics, the film - directed by celebrated South Korean filmmaker Jee-woon Kim - wasn't exactly an explosive comeback at the box office. But is there merit to its goofy "aging lawman vs. drug-lord in a souped-up speedster" premise? And, given the prestigious talent behind the camera, does it feel a cut above other late career Schwarzenegger efforts? Take the ride and find out!

We'll be back in two weeks with Around the World in 80 Days!
Posted by Arniegeddon at 10:58 PM No comments: 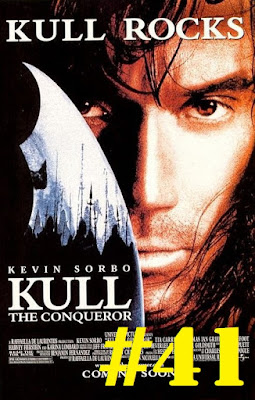 Awaken an ancient evil and wield a flaming sword blindfolded because hosts Cam Smith and Tony G are tangling with the 1997 Kevin Sorbo vehicle Kull the Conqueror! Originally envisioned as a third Conan entry, this Robert E. Howard adaptation - a mostly forgotten box office bomb - retains many of the trappings of Schwarzenegger's barbarian epics. But is it worthy of standing alongside them? Join the duo as they perform some cinematic archaeology, examining the film's source material and development history, in an attempt to answer the eternal question: does Kull indeed rock???

We'll be back in two weeks with The Last Stand!
Posted by Arniegeddon at 10:00 PM No comments: 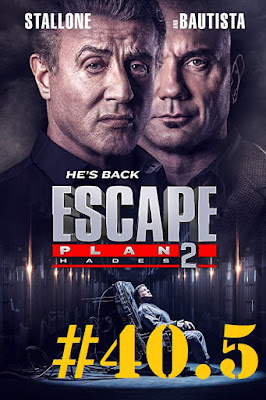 Hide your patents and paint a virtual flower because hosts Cam Smith and Tony G are returning to the Escape Plan-iverse with a special bonus episode digging into the franchise's first (!) DTV sequel, Hades. Featuring Sylvester Stallone and Dave Bautista, this movie seeks to make an argument for further Ray Breslin adventures. But is it successful? And is there any point without Arnold?! Get hip to your surroundings and listen in!

We'll be back next week with Kull the Conqueror!
Posted by Arniegeddon at 9:13 PM No comments: