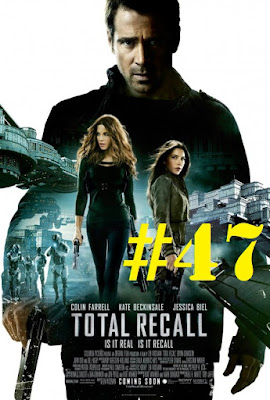 Hop in an elevator and punch out a Star Wars-y robot because hosts Cam Smith and Tony G are plugging back in to the world of Total Recall, this time with the 2012 remake starring Colin Farrell and Kate Beckinsale. Directed by Underworld mastermind Len Wiseman, this expensive second take on Philip K. Dick's short story proved controversial with film fans at the time of its release, and has seemingly been almost completely forgotten since. But is it worth revisiting? Does Wiseman offer an interesting alternate perspective on the material? And is Farrell an acceptable Arnie substitute? Clear your mind and settle in for another mind-bending podcast headtrip!

We'll be back in two weeks with Christmas in Connecticut!
Posted by Arniegeddon at 7:50 PM